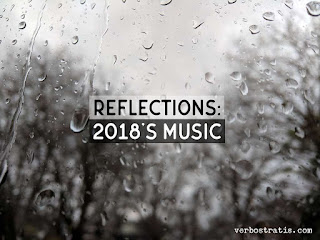 It’s grey and rainy today: a perfect day for reflection. That’s good. I just published my second book, Dear Warriors, so I’m tired. While it’s a bit early, I decided to think back on the music of the year and pick my favorites so far. Overall, many of this year’s songs seem to focus on honest reflection.

That being said, in my opinion, 2018 will be remembered as the year of BTS and self-love. I believe the world needed this focus and continues to. The term “self-love” is not based in conceit. It means to simply hold oneself as a unique person, worthy of being here just as one is. You be you. Let me be me. My book folds this idea into it as well. Those with type 1 diabetes, or any condition for that matter, should love themselves and deserve a place here with everyone else.

In 2017, I picked B.A.P’s Wake Me Up as my overall favorite song. While BTS had their own offerings, the overall sound, message, and video that B.A.P provided in this song made it my go-to for the year because it spoke of need and vulnerability.

That need and vulnerability were what BTS focused on in 2018, coupled with the power of self-love. May’s Love Yourself: Tear, the August compilation album Love Yourself: Answer, and the Japanese Face Yourself in April all zero in on exploring and loving the self. The individual works of J-Hope (Hope World) and RM (Mono), along with the digital diss track 땡 (Ddaeng) with Suga, follow similar patterns. It’s often said one must love oneself before one is able to look and love beyond. This is the truth BTS has examined in 2018, and they have done so from a host of angles. They challenged themselves and listeners to truly learn who they are inside- and to accept what they find. They have collaborated with a host of musical talent (both in front of and behind the microphones) to exemplify what that self-love can achieve when coupled with the skills and efforts of others.

Self-love is not limiting. It can allow for phenomenal growth at no one’s expense if done with positive purpose and no malice. “I’m OK.” does not have to be connected with the idea that “That means you’re not.”.

While the final focus for BTS in 2018 was on self-love, BTS didn’t ignore loving and being loved by others. Their efforts in Steve Aoki’s Waste it On Me focus on that idea that love from others is something everyone craves, even if it’s not exactly what one had in mind. On the flip side, Suga’s song, Seesaw, is my absolute favorite on the Love Yourself: Answer album for this: with enough self-love, one can get off the miserable up-and-down ride of a bad relationship.

Speaking of bad relationships, outside of BTS’s dominance, iKON’s Killing Me was my favorite for overall fun sound and music video. A song about a destroyed relationship that haunts, the rhythms and style demand movement and personal involvement. Their vocals, dance, and esthetic are spot-on. NCT U’s Baby Don’t Stop was my original song for this slot for similar reasons. The whole NCT franchise produced some great songs this year- I look forward to their continued presence.

I cannot end without mentioning some female acts that stood out to me. I love powerful female performances that emphasize both individual talent and unity. Girls’ Generation’s Lil’ Touch, Momoland’s BAAM, (G)I-dle's Latata, Amber x Luna’s Lower, and Amber’s White Noise all struck me with their unique strengths of message, performance, and song styles.

2018 has been crammed with some absolutely fantastic musical products. I’ve only scratched the surface. The bar has been raised regarding musical quality and message. How far will Kpop go in promoting stronger individuals and communities? How wide will the net of inclusion become for subjects such as rights and responsibilities around the world? Time will tell. I’m reminded that the first anniversary of Jonghyun’s suicide is approaching. His posthumous album, Poet/Artist, released this year, debuted on the US Billboard 200, an achievement he was not able to see for himself because he lost hope. His was one of many stories we need to hold in our thoughts as we move forward.

My thanks to folks like Jaeguchi and DKDKTV for their work on translating and interpreting the Korean originals!
Posted by Susan Baumgartner at 9:18 AM No comments: