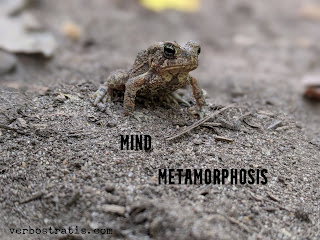 As one of your constituents, I wanted to comment on your Youtube video Science, Faith, and Fundamental Fairness.

You reference the biblical message that you and the rest of humanity are created in God’s image and indeed, I recall in Matthew the story of Jesus saying that whatever we do to/for the least, we are doing to/for him. To me, that says we’re not just in God’s image- each one of us is of God. I believe that can help us all not fall back on our ego: the part of us that differentiates the “I” from everything and everyone else. Too much ego leads to overvaluing oneself and one’s thoughts over the other and, in my mind, that leads to that fairness issue you mention. You and I are equals, despite what our egos might want to convey.

Ego is an internal mental booster at its best- a motivator that we can accomplish something if we try. It can also help us believe we are better than “other” for whatever reason(s), including but not limited to our looks, intelligence, family, job, sports ability, country of origin, religion, or gender. Too much ego leads to overvaluing oneself within one’s framework of life. Too little ego leads to feelings of helplessness and despair within that framework.

Your tone on the topics of science and gender is pretty derisive- as if your ego has you on a higher ground on these topics. One’s sex is, as you mentioned, based on chromosomes. But when one looks beyond 1980s high school biology of which you referenced, humans can have mixes beyond XX and XY. They (we) are all human beings in the eye of God, I would assume, because they (we) are all his creations. There are even sexual variations in other species. May I suggest “Rare bird: 'Half-male, half-female' cardinal snapped in Pennsylvania” for a fascinating read in this year’s BBC site on one case.

Gender is another facet of humanity. Quite a bit of “gender” is societally-based on the assumptions of sex-based roles that you alluded to. As I’ve already outlined how fluid “sex” is, once we add our personal interests and abilities into the subject of DNA, “gender” can become wonderfully complex. A “man” doesn’t have to be a stern breadwinner (if they don’t want to or have other skills) and can laugh and cry with their loved ones and wear makeup (if they want to). A “woman” doesn’t have to keep house (if they don’t want to or have other skills) and can be a stern breadwinner and not wear makeup (if they want to). In fact, anyone with skills and abilities can do any given role and should be applauded for their attempts- it’s a “they” situation, not a he/she. Again, I felt derision when you described gender misidentification as a “fad”. Yes, we all struggle at some level with identity, but to be boxed in any form is one’s truth and should be respected. Some of us get boxed quite a bit more than others. As a woman, I have felt quite a bit of sex and gender boxing. This reminds me of a famous woman whose roles have been the source of much studying.

Jesus valued Mary Magdalene. To me, that shows again that all are welcome and that is the fair behavior to model. She wasn’t the “ideal” by societal sex or gender standards. And yet, her name lives on today.

I’m not going to argue your statement that “biologists have proven men are stronger and faster and have greater endurance than women”. I’ll simply direct you to Georgetown University’s Center for the Study of Sex Differences in Health, Aging & Disease. There are differences and studying all benefits all- perhaps your 3 criteria relate to this sports focus that really isn't an issue. Rather than waste time and money on the notion that women’s sports need to be defended against transgender people, how about we work to make sports and all other realms in our country open and safe for everyone? Women aren’t clamoring for protection against trans people. We want to be safe from sexual harassment as we’re seeing in the Cuomo case and what we saw in the Clarence Thomas case. LGBTQIA folks are seeking to feel safe and equally protected under US law. Black and POC folks are looking for the same. And every last one of us deserves the right to vote and be represented in our government.

There are definitely many facets of US life that need critical help to be fair for all. “Protecting” girls’ and women’s sports from transgendered people is not one.

I thank you for your work and consideration for all of your constituents.

Posted by Susan Baumgartner at 12:29 PM No comments: