Exploring the Warrior Spirit Together

This essay was originally posted September 7, 2018 on Healthline by Mike Hoskins for DiabetesMine. This was in preparation for the release of my new book, Dear Warriors, now available on Amazon. For signed copies, please contact me at dearwarriors2018@gmail.com.

I first found this quote back in 2012 on Facebook via Voices Education Project. Little did I realize then how its message would resonate with me today as a way of being, and not just a great slogan for a childhood school sign.

Its importance has grown on me, and I can now trace its influence back much further than 2012, like a seed that was sitting there, waiting for me to be ready for it. Today, I can say that it plays a significant role in my daily thinking and actions, including my life with type 1 diabetes (T1D).

I felt very alone and inadequate with this condition when first diagnosed in 1994, a year after graduating from college and beginning a job as an environmental technician, where I helped to identify wetlands by plant and tree species. I treated T1D like my work: scientifically and systematically, down to spreadsheets. I spent years dealing with it by myself, shielding its difficulties and influence on me even from close family and friends. Later, having children began softening my approach, but I didn’t have my big growth of understanding until making my way into the world of education as a classroom assistant. It was there that I began recognizing our vital need for and benefits from collaboration: working together.

Something struck me. If working together is the best choice in schools, why not in the adult world?

We live in an extremely fractured culture, and many of us feel it's me-against-the-world. I wondered: are we asking too much of our children to emphasize the power of interpersonal skills and relying upon each other, or are we not asking enough of ourselves as adults?

Even teachers struggle with feelings of inadequacy and separation. While they can be incredibly skilled at nurturing those around them, they can ignore their personal care and worth. Using my interest in writing, I penned my first book, Dear Teachers, for them. It sought to provide a school year of supportive messages based on beautiful nature photos taken by my friend, Marlene Oswald, covering subjects like needing teamwork, being present in the moment, feeling safe enough to reveal oneself, making time for self, accepting that we all suffer, celebrating our diversity, and enjoying the tiny sweetnesses of life. I asked the readers to focus on themselves and to further the team concept of the book I added writing prompts and space for the reader to include their thoughts. In the end, I wanted all readers to feel and see their dearness and ways to move forward in their lives.

After that experience, I was finally able to look at diabetes through similar topic lenses. Could I reveal facts and stories from my own life that others might relate to and enjoy? Could I create an interactive framework for a book to help us all deal with this condition and see our dearness and place in the world? How could I make this book an example of going farther by going together?

I knew I wanted to stay with the “Dear ___” base, but for the longest time, I didn’t know what word or words to use, so I left it blank. The term “Warrior” has been promoted and fought over in the diabetes world for years. I’ve always been on the side of the argument as voiced by people like Craig Idlebrook in Why I Wince When People Say They Won’t Let Diabetes Stop Them on InsulinNation in 2016 and by Mike Hoskins in Why I’m Not a Diabetes Warrior on DiabetesMine in 2017. I didn’t like it because when I pictured a “Warrior”, I thought that was going back to that "alone" theme. I didn’t want that; I couldn’t go back there.

Then, I sat with the ideas of "Warrior" and “togetherness” some more.

Just as some people pointed out to me that my Dear Teachers book and “Teacher” moniker apply to anyone who has kids in their lives, the “Warrior” term applies to anyone alive. We’re all Warriors. We can be Women’s Rights Warriors, Cancer Warriors, Homeless Warriors, Parent of a Child with a LIfe-Threatening Condition Warriors, Racism Warriors, LGBTIA Warriors, Environmental Warriors, and more. And any combination thereof. From that perspective, I could embrace the concept.

It was always my intention to have a variety of people with type 1 diabetes provide the visuals for this book. If my message was legitimate, I felt I would see support in other people’s artistic expressions. For six months, I asked people with T1D on social media to send me images they felt represented who they were. I didn’t specify the subjects, style, or media because I didn’t want to influence their work and thoughts. As they came in, I placed one at the start of each section of the manuscript, ending with 12 artists and a total of 16 images. One image stood out to me as symbolic of the Warrior spirit, so Amber Hall’s Jamie was highlighted on the cover. Two images in the introduction are my own, but I can’t take full credit for those.  Actress Anita Nicole Brown, another person with T1D who reached out to my requests, inspired one. Sometimes, I had to edit an existing essay, but I never had to write anything from scratch. I shared the pieces with the artists as I placed them, learning more about each person as I continued building the book.

I could never have created this book without them. I could have written a book (fast) but not this one (far).

Dear Warriors grew to be my view of what ALL people deal with, a few things only people with T1D have in their lives, and the things we can do to live more fully within ourselves. It evolved to fold in the importance of togetherness into this term “Warrior” that sometimes feels so incredibly individualistic, unobtainable, and isolating. The subtitle even changed to be much more inclusive. I ended up choosing “A Memoir and Guided Journal for Those Touched by Type 1 Diabetes”, because this book is a bit about me, a bit about type 1 diabetes, and a whole bunch about how we’re all in this as fellow Warriors.

We can do this. Each story is a bit different, but we can go far if we go together.

Posted by Susan Baumgartner at 8:07 AM No comments: 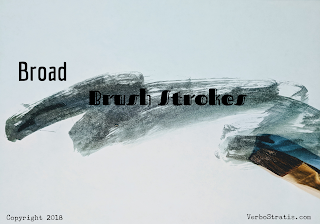 I was surprised to see that I’ve written 29 essays on this blog this year. I thought it would be much smaller because I’ve been so busy writing and rewriting my latest book, Dear Warriors, which will be out later this month. Dear Warriors is a memoir and guided journal for people touched by type 1 diabetes, and I’m nervously excited to see it come to life and fly into the world.

In reviewing my essay topics, I should not have been so doubtful on my word count. Beyond my book, it’s been a busy year, and I covered quite a range of topics. From the power of music like BTS through our need for mental flexibility and on to the definition and importance of today’s feminism, I’ve had many thoughts.

I have another one brewing: there’s an extreme danger when we try to lump and simplify people in terms that separate us.

At face value, my current book may sound like an example of this human tendency to paint each other in broad strokes. It’s for people touched by type 1 diabetes. However, one of my main premises of Dear Warriors is that we are ALL fighters on life’s battlefield and that we ALL need each other. For 160 pages, I look at all the ways we can and should be with each other, whether we have type 1 diabetes or not.

I’m not saying we are or should be, all the same. Instead, we are alike in our human variety and fragility.

I worry when I hear phrases like, “All ____ people…” where the blank is filled with descriptives like white, black, European, Asian, transgender, or heterosexual and the message is an attempt to indicate that all people with the listed characteristic(s) think, believe, or act in the same way.

We’re more complicated than that. Personalities are dictated significantly by our DNA, but our life experiences and personal interests can mold the people we are today as much as our attitudes and genetic makeup.

Throughout our lives, both nature and nurture work in each of us.

I was raised Catholic but have only practiced a sense of universal spirituality for my entire adult life. People are regularly surprised by my interests in Korean pop and hip-hop and that I’m trying to learn the Korean language. I’ve walked away from situations that belittled either myself or others and know that my financial life is worse for it, but I do not regret my decisions. My Goodreads Read List includes everything from Fantasy and European lit to Buddhism and Richard Rothstein’s The Color of Law. I’m not a fan of any sport because fandoms were never in my life as a child and today I fear the overall violence, greed, and industrialization of it. If I had to pick, I’d choose soccer because it’s a worldwide sport of everyday people. As a teen and college student, I loved the idea of Star Trek’s Federation and honestly believed it could happen as I watched The Next Generation, Deep Space Nine, and Voyager. I love teaching kids cooperative games that bring them together in laughter. I think dance and yoga might be great requirements in the elementary-level gym. My clothing choices are for comfort or value and include lots of second-hand. I don't Pinterest. I’m a quiet person but I’m still in contact with my closest high school friends. Together, we span the world genetically and have been physically far apart since graduation, but I bet we could come together again today with things to share with each other. I’ve studied kung fu under a student of a student of Bruce Lee and broken cement blocks with my bare hands. I have diabetes and if I contract another health problem, I would rather not pursue treatments. I love nigori sake and tequila. Not together, of course.

I say all these things to show that just because I’m a married, white woman with two sons, living in the American Midwest, I’m probably a bit different inside than what I might seem on the outside. Because of my experience, I cannot help but look outward and believe anyone I want to pigeonhole probably isn’t exactly what I assume them to be, either.

We start somewhere. We can move through all kinds of evolutions of self if we are open to change, if we have our basic needs covered, and if we have access to people and ideas that can provide that variety.

So, for this 30th essay of 2018 in VerboStratis, I shall leave it at this thought:

The only broad strokes we should paint are the ones that speak of our universal humanity, our universal imperfection, and our universal need for one another to truly grow.
Posted by Susan Baumgartner at 7:11 PM No comments: