Time Will Tell: One Month Later 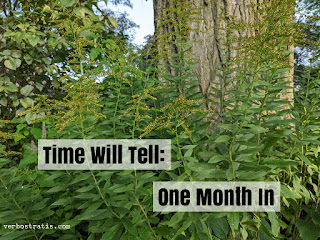 While the equinox has not yet occurred, summer is breathing its last, and fall’s energy is wrapping itself around everything like a wool scarf.

Fall means a return to academia in the US but this is unlike any other fall in modern times. We have fires raging on one coast, hurricanes threatening 2 others, unrest over police brutality in multiple cities, and a microscopic lifeform replicating itself in varying degrees of success inside humans on every land around the globe except Antarctica. And no leadership cohesion on any of these fronts as political factions multiply their hateful rhetoric and actions.

I wrote in this blog a month ago about what projections were being made in regards to that virus, SARS-CoV-2, and the illness it causes, COVID-19. I decided to check in today a month later to document where we’re at.

A quarter of our total losses of life have occurred in the last 30 days. Stunning. The other numbers sound like we’re getting things under control. It’s been claimed that teams have been assembled and trained to contact trace. The school district we’re in has a new dashboard reporting positive and quarantine counts by school, subdivided further into student and teacher numbers. Currently, a total of 10 people have positive cases and 198 are supposed to be in quarantine.

The qualifiers in the previous paragraph are because I have seen little emphasis on true tracing or quarantining in this county. Political rallies, local events, and comments by residents all indicate there is little to no interest in or understanding of these practices in a large portion of the citizenry. There is tracking of how well tracing or testing turn-around are going. There are no marketing campaigns to cultivate involvement in stopping this virus.

While positive rates are down, our testing rates are abysmal. Fewer data points mean less reliability to any analysis, to the point of being almost meaningless. It’s as if the county has given up. The superintendent remarking again this week in his youtube update that some believe it’s impossible to get below 5% (a benchmark to safely head towards a return to normal) supports that opinion.

The replication factor of Wisconsin is the second-highest in the country at 1.23, ranging from 0.97-1.46. A month ago we were at 1.13, ranging 1.04-1.21. To me, this appears to be a reason to believe the leadership on this disease is failing at a statewide level as well.

The US death rate on this disease is less than the worldwide rate of 3.17%. One could argue, I suppose, that it’s not worth society’s efforts to avoid a few deaths. That the disruptions would be too great. However, as I see some industries evolving to adapt to different norms, I question that fatalistic perspective. In addition, there is research showing possible links to long-term health problems in those who have gone through COVID-19 infections. Our societies may be on decades-long hooks in terms of direct costs and losses to inputs to society from these infections.

The county’s calculated burden rate is significantly down from a month ago: from 280 to 133. I don’t have the testing data for back then. If we were testing the same number of people, I’d be more confident in that reduction. We’d only need to go down another 33 points to enter the second-highest threat level.

IHME predicted 3,708 deaths will have occurred in Wisconsin as of 12/1. We’re currently at 1,210, up 185 since 8/14. The current growth rates do not indicate we’ll be at the IHME prediction. My extremely rough, straight-line chart points toward 1,650 (140 in Waukesha County) by mid-December. Still hard to contemplate that at least another 440 families, friends, neighbors, teachers, etc...have yet to suffer these losses, but in all likelihood will. If spread grows exponentially the IHME numbers could be possible and if the entire population is exposed before a vaccine is implemented, 5,200 could die in the county and 75,686 could succumb statewide in total based on the current 1.3% death rate.

The weather is gorgeous today. It’s a reminder that we’re here today and should enjoy it despite thoughts and worries of the past and the future. Flowers are still blooming. Insects are still crawling and flying. The sun shines and the winds blow whether we want them to or not. 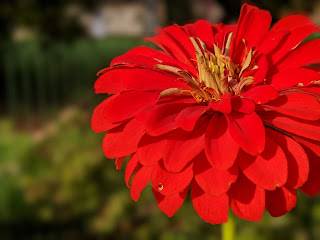 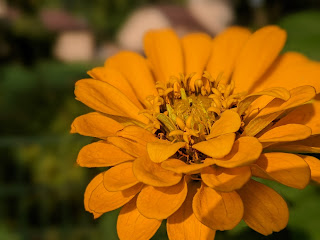 Breath still flows in and out of our own lungs.

Buddhism has always intrigued me. To me, it’s about developing a presence that just “is” and that observes what just “is”. I know part of me wants to be able to eventually say, “See!?!?”. Another part wants to reassure myself that things didn’t turn out as bad as they could have.

With so much going on, it’s important to return to that breath and to today- to this very moment. To what we love and really value and to release both fear and want. Maybe if we all just sit for a bit and send those feelings of love and value to both ourselves and the rest of the world (all plants, animals, people, land, water, and air), we’ll all have a better tomorrow. 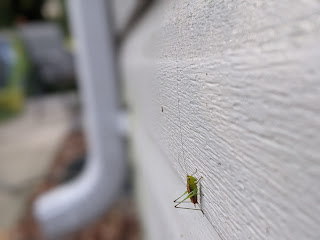